Our patented F7® gel fabric is innovative: the precious metals contained in the gel are irradiated with no less than 7 frequencies and, thanks to their purity, its refractive power is greater and more constant than that of traditional FIR*. This technology can be considered a facilitator of body functions and more specifically of the musculoskeletal system. The results of the benefits on sports performance are proven: we have carried out many tests on several athletes and in different sports disciplines, and the measurements indicate a real improvement in sports performance and recovery after effort.

The far infrared ray (FIR = Far Infrared Ray) is the light energy produced by the sun and falls between the visible and microwave rays. It is the beneficial and fundamental part of the health and well-being of every living organism. For this reason it is also called bio-genetic ray. FIR rays pass through the skin and penetrate the subcutaneous tissues, turning into heat that stimulates the human body and gives well-being. Far infrared rays have been shown to interact with water molecules and organic compounds in the tissues, stimulating the activity of the immune system and thus enhancing cell metabolism.

They help dilate blood vessels and increase capillary blood flow, allowing more oxygen and nutrients to be transported to cells and metabolic waste to be disposed of, resulting in improved metabolism in general
They help optimise the role that water plays in every biological process, including that of allowing faster recovery after sporting activity, avoiding over-exertion, increasing concentration and reducing inflammation and swelling with a real optimisation of performance.

F7 and its properties 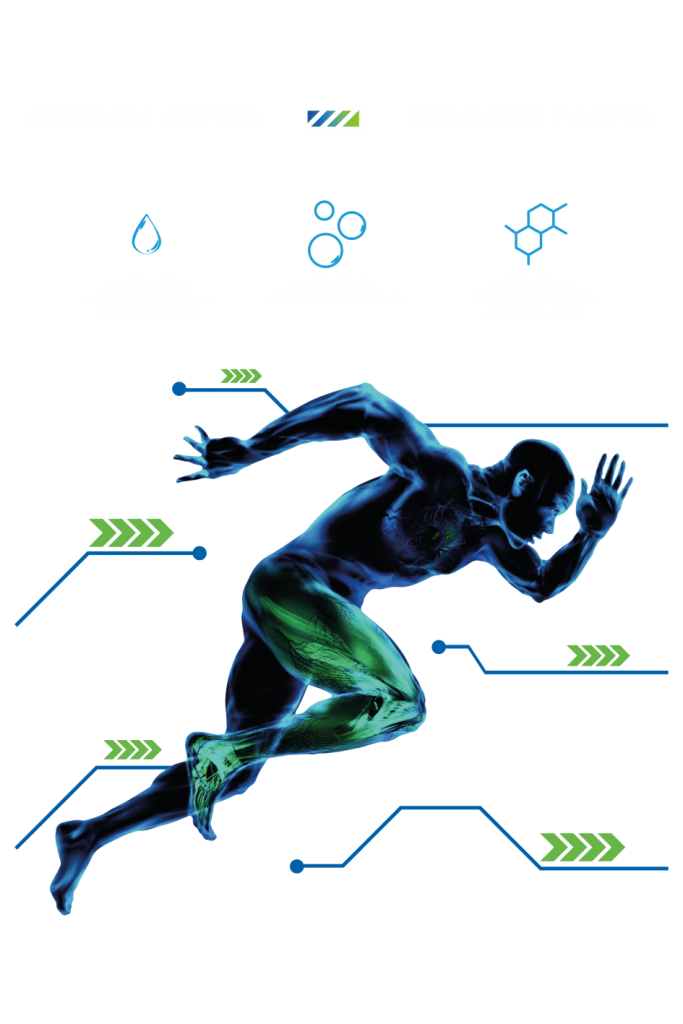 – Optimises the management of effort and workload in permoformance.

– Helps in the recovery phase.

– Optimises the disposal of lactate produced.